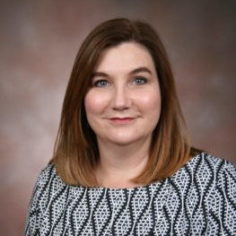 Dr.Thompson practiced pharmacy in her home town of Pikeville, Kentucky, at Pikeville Medical Center for twenty three years. She specialized in oncology pharmacy at the Leonard Lawson Cancer Center for many of those years and served as the Pharmacy Manager for twelve years and the Director of Inpatient Pharmacy for two years. She served as preceptor for a number of pharmacy schools and was named Preceptor of the Year by the University of Kentucky College of Pharmacy in 2003.

Dr. Thompson is married to her high school sweetheart, Max, and has two wonderful children, Tanner and Cate. In her spare time she enjoys reading and watching baseball, soccer, football and basketball.