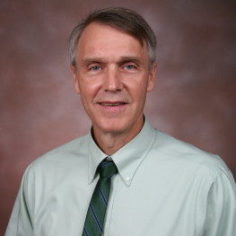 Dr. Talbott is a native of Buchanan County and a graduate of Grundy High School. He attended the Virginia Military Institute in Lexington, Virginia where he graduated with a B.S. degree in Physics.

Dr. Talbott then served 5 years in the United States Navy as a submarine officer aboard the USS Simon Bolivar – SSBN 641. He made six patrols in the North Atlantic and spent over a year underwater during his time in the Navy. He then worked as an engineer at Newport News Shipbuilding for several years before returning to Buchanan County where he worked in the computer and information sciences field. After graduating ACP in 2009, he worked 7 years as a retail pharmacist and also conducted cardiac and pulmonary rehab counseling for Rockcastle Regional Hospital.

In his free time, Dr. Talbott enjoys hiking, nature, trail running, triathlon, photography, astronomy, and local history and genealogy. He is an active member of both the Buchanan County Historical Society and the Buchanan County Bird Club. He currently resides in Grundy, Virginia with his wife Dr. Michelle Justus.