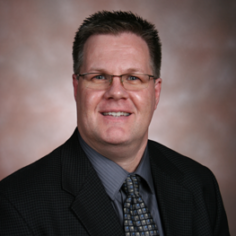 Dr. Richard Nicholas is an assistant professor of pharmacy practice and serves as the Intern Pharmacy Practice Department Chair at the Appalachian College of Pharmacy. Originally from Las Vegas, Nevada, he brings to ACP over 25 years of experience in pharmacy practice. He started his career in pharmacy stocking shelves and making deliveries in his father’s pharmacies during high school and interned at local independent pharmacies throughout his pharmacy education. After graduating from Idaho State University with his Doctorate in Pharmacy in 1992 he owned and operated a home infusion pharmacy and managed community pharmacies in Las Vegas, Nevada and in Seattle and Kennewick, Washington.

Believing in preventive care and a holistic approach to medicine, he moved to Seattle in 2001 to attend naturopathic medical school at Bastyr University. His training at Bastyr included nutrition, herbal medicine, physical medicine, homeopathy, and counseling. Dr. Nicholas completed his Doctorate in Naturopathic Medicine in 2007.

Dr. Nicholas’ mission is to integrate conventional and natural medicines choosing the most effective practices from each philosophy to optimize outcomes for his patients. He believes his role is to be a coach or facilitator collaborating with his patients to help them achieve their health goals.

Dr. Nicholas currently resides in Kingsport, Tennessee where during his free time he enjoys spending time with his wife, Wendi, and two children, Mackenzie and Caleb. He loves to be outdoors enjoying nature, gardening, hiking, biking, and running. He has been active in his local church and is especially passionate about impacting the world through short term international missions.