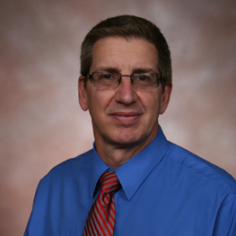 Dr. Brent Gravelle originates from St. Thomas, Ontario, Canada where he graduated from Parkside Collegiate Institute before attending the University of Western Ontario in London where he was a member of the Rowing Team and received his honors BA in Physical Education in 1987. Subsequently, he accepted a graduate teaching position at New Mexico State University in Las Cruces, NM. Research at NMSU centered on the physiological efficiency of human powered vehicles for paraplegics and in 1989 was awarded a Master’s in Teaching with a co-major in Curriculum & Instruction and Exercise Physiology. In 1990, he accepted another graduate teaching position at Auburn University, Auburn, Alabama. While pursuing his doctoral degree in Exercise Science which included research surrounding the neuro-physiological adaptations to concurrent training programs he became the head rowing coach and won a gold medal in the 1994 World Marathon Rowing Championships in Nachatoches, LA. After completing his Ph.D. in 1995, Dr. Gravelle became a faculty member at Life University in Marietta, GA where he was involved in numerous private research projects focused on product development for nutritional and exercise equipment companies such as Advanced Nutrition and Tellastar. In 1999, he traveled to Cambridge, England and joined Grace School of Medicine as the head of the Physiology department.

Dr.Gravelle returned to the United States in 2000 to work for Matria Health at the cardiac monitoring center Quality Diagnostics where he attained his certified cardiodiagnostic technician rating. Seeking another challenge, Dr.Gravelle entered medical school in 2002. Throughout medical school he concurrently held full time faculty positions teaching anatomy, physiology and biochemistry, and graduated cum laude from the Medical University of The Americas, Nevis with his M.D. in Jan 2007. Dr. Gravelle has completed clinical rotations at Harbor Hospital in Baltimore, MD and St. Anthony’s Hospital, and Brookwood Medical center of Oklahoma City, OK.. In addition to having made several national and international presentations, Dr. Gravelle has published several research and magazine articles including a textbook on Wellness and Chiropractic and has belonged to numerous professional organizations including AAPHERD, ACSM and AMA.