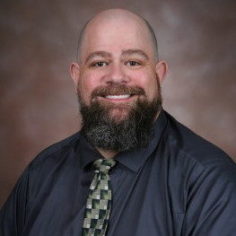 Todd Carter is an Assistant Professor of Pharmacy Practice with the Appalachian College of Pharmacy and has been with the college since the Fall of 2008.

Dr. Carter is a native of Hazard, KY and graduated with a doctorate degree in pharmacy from the University of Kentucky in 2000. He has practical work experience in retail pharmacy, both large chain and small independent, as well as outpatient, ambulatory care pharmacy. Dr. Carter has worked to serve the Appalachian population both in Southeastern Kentucky as well as Southeastern Virginia. A majority of his efforts focus on diabetes care providing; medication, education, ABI screenings, diabetic foot exams and diabetic shoes.

In his spare time Dr. Carter enjoys spending time with his wife Davida, their daughter Haley, and their puppies Coco and Kisses. He also enjoys riding his motorcycle around our beautiful mountains and around the country and donating time to local and national charities.