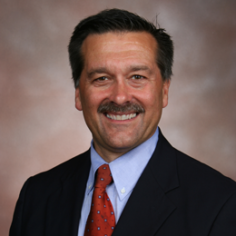 Terry Kilgore is the Director of Institutional Development for the Appalachian College of Pharmacy. A native and life-long resident of Scott County, Virginia, he and his wife, Debbie, reside in the Manville community outside of Gate City. Terry and Debbie have two children, Kayla Wright and Kyle Bellamy.

Terry Kilgore graduated from Gate City High School, then continued his education at The University of Virginia’s College at Wise (formerly Clinch Valley College of the University of Virginia), where he graduated with a B.S. in Business Administration in the summer of 1983. Terry furthered his education by graduating from the Marshall-Wythe School of Law at the College of William and Mary in 1986, receiving his juris doctorate.

Terry is currently serving his sixth term as Delegate of Virginia’s First Legislative District, which includes Scott, Lee, and a portion of Wise and Washington counties. He serves on four Standing committees: Courts of Justice; Commerce and Labor; Militia, Police and Public Safety; and Rules. He is also Chair of two subcommittees:Judicial Panel and Civil Law. Terry is also a member of the Law and Criminal Justice Committee of the National Conference of State Legislators, and the vice chairman of the Virginia Tobacco Indemnification and Community Revitalization Commission. Terry was recently appointed Chairman of the Virginia Coal and Energy Commission.