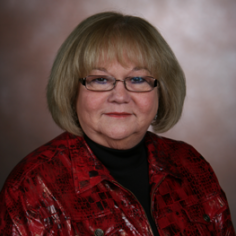 Veronica “Vickie” Keene is the Director of Academic Records, Admissions and Financial Aid/Registrar for the Appalachian College of Pharmacy. Mrs. Keene is a Buchanan County native and a graduate of Grundy Senior High School. She received her Associate’s degree in Business Administration from Southwest Virginia Community College, and a Bachelor of Science degree in Business – Organization, Management and Development in 1998 from Bluefield College in Bluefield, Virginia. Mrs. Keene also attended Old Dominion University, where she received her Master’s degree in Occupational, Technical and Career Studies in December 2001.

In September 1996, Mrs. Keene was one of the first employees hired at the Appalachian School of Law (ASL). Mrs. Keene served as the ASL Director of Student Services, which included the responsibilities of recruitment, admissions, registrar, and financial aid, until leaving to join ACP in October of 2004. She was the second employee hired by the Appalachian College of Pharmacy to facilitate its opening.

Mrs. Keene has received federal Title IV program certification, and is currently a member of the American Association of Collegiate Registrars and Admissions Officers (AACRAO). She has also received her certificate for the Leadership/Buchanan Program, sponsored by the Buchanan County Chamber of Commerce.